I've added in a couple more videos than those I played yesterday.

DOUBLETHINK
Diary entry 13
The discovery of my disease

I was thirteen when it happened, it is clear now. We were at the secondary
indoctrination centre, we were learning about the flea bitten inhuman
savages¹ that we had to remove from this land before we could found this
great nation of ours. I am not sure what it was, something in the
indoctrinators speech or manner or just the smell of the air that day but I
could taste a rage building in me with every word she spoke. In my mind I
kept getting images of these¹ savages¹ and their children being killed, and
their books and buildings being destroyed, and the few of them still alive
being whipped into submission. Somehow those savages seemed regal and wise
and of course not perfect, but human to me, and for a brief moment that was
a characteristic that I found endearing. And I just lost it. I leapt out of
my chair and screamed at the indoctrinator that what she was saying was
nonsense and that the massacre of human beings could never be justified, I
screamed that they were humanoids just like us and actually we could have
perhaps learned a thing or two from them.
At that last comment my whole class paused, frozen in indignation, I could
see a few faces grimacing as if bitten by a slight truth they felt in what I
was saying but their bodies disobeyed this bite and as the indoctrinator
rang the bell for the enforcers of ignorance to come and collect me and the
rest of the class held me pinned to a desk to await their arrival, those few
conflicted souls sat in their seats and just watched. They just watched, as
I was beaten by the enforcer¹s electro-metallic sticks and my bloody body
dragged by its feet leaving a viscous red smear on the floor. They just
watched.
They just watched as something they knew to be wrong unfolded and happened
before their very eyes. The elders tell me that all that needs to happen for
humanity to sink into barbarism is for people to just watch.

Food and medicine
Food and medicine are of course also put to their appropriate use in
Ignoratia; that is to maintain a general and accepted level of illness.
This is perfectly logical, as a healthy body equals a healthy mind and as we
have learned from our ancestors healthy minds do not easily become ignorant
and therefore cannot be controlled. It is therefore beneficial to the order
of things that a diet of wholly synthetic, processed, chemicalized food and
drink be consumed. All fresh fruit and vegetables are illegal (unfortunately
there is still a huge black-market for these products that we have not been
able to fully quash) and home growth is sacrilege. A minimum per day calorie
intake is also enforced; our dietary ideology can be summed up by the
following maxim;
A hamburger an hour
Keeps illness in power
You see illness is seen almost as a communal right of passage by the people
and as everybody they have ever met has always been at least slightly sick
it becomes self evident that sickness is as normal as breathing. All herbal
treatment (as laughable and ineffective as it obviously is) has still been
outlawed, as we of course can¹t have people experimenting with those dangers
and potentially harming themselves. It is quite simple, as man is the
pinnacle of creation the more man [and not a woman] has affected a given
thing the better that thing becomes and this is most clearly demonstrated in
medicine. The more processed, complicated and confused the treatment the
more often it should be applied. As the people are kept totally ignorant of
how their bodies actually work and are so petrified of death we can prey
upon them to the point that they will drink engine cleaner and eat rat
poison and then have the resulting disease treated with more toxic
substances as long as we tell them to.

Made You Look Freestyle War Mixtape Vol2
Don¹t believe in heaven cos were livin in hell
You wana know WHATS BEEF? I GOT A STORY TO TELL
He had SUICIDAL THOUGHTS he was READY TO DIE
KICK IN THE DOOR waving the 44 to HYPNOTIZE
No WARNING NOTORIOUS THUGS gave him long clips
YOUR NOBODY TIL.. somebody give you the LONG KISS
NO MORE CHANCE THE WORLD'S FILLED with greed
And NASTY BOYS that Love The Dough and make N****S BLEED
EVERYDAY STRUGGLE MACHINE GUN FUNK Soundtrack
THE SKY IS NOT THE LIMIT when your TEN COMMANDMENTS ARE CRACK
Infact it¹s a countdown to your LAST DAY
MO MONEY MO PROBLEMS when you get it the fast way
Sky mask way will turn your song to an INTERLUDE
You Can scream GIMME DA LOOT and even get it to
JUICY you can F*** HER TONIGHT and then another one
But it never will be enough if you need another gun
Haters plot your DOWNFALL and now they MISS U
And SOMEBODY GOTTA DIE for what they did to you
And that¹s THE WHAT? The hood the street the life
UNBELIEVABLE its just an INTRO before you see the knife
You could be show stoppa or top shotta
For respect enemies and Friends Of Mine meet BIG POPPA 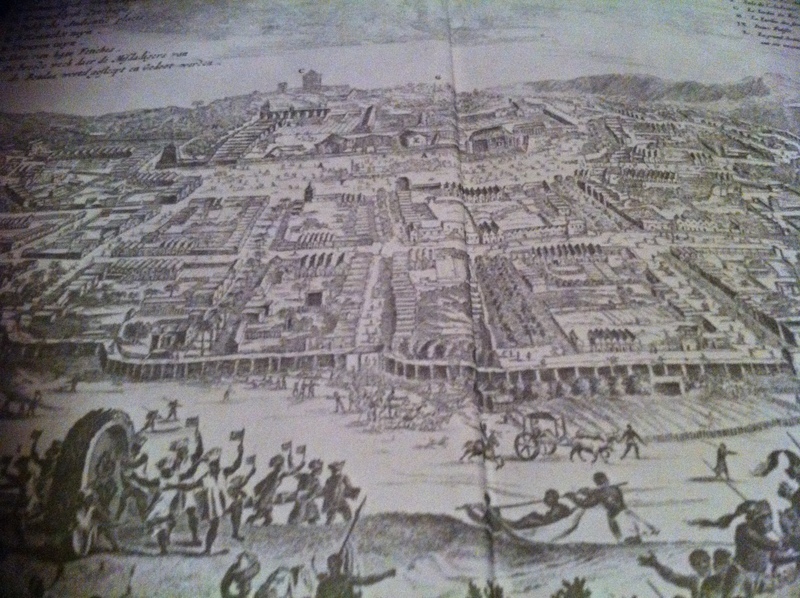 This is a picture of Loango capital city of Congo as seen by Dutch observer
Olfert Dapper in 1668 ....

nothing is to be feared only to be understood, intoxicated often does what
the sober would, if he thought he could, if he had the power, he¹d abuse it
and that seems clear to me. What is dear to me, is also fear to me, because
pain is the price of what I hold near to me, to which I¹m attached and I
can¹t light the match, if I did I¹d see everything I think I lack, is right
here already, I¹m a part of it, not the end and nor am I the start of it,
but apart nonetheless, scared of what is under flesh and everything i cant
posses so instead i disconnect.
And to numb the stress, take a blunder guess, rather than know, I don¹t
know and just accept, I view it as a test and I must pass, it¹s only real if
its something that I must grasp, nothing else counts a bit if I cant count
it quick, so lets count figures, let us count figures. Figures in the bank,
figures mowed down by tanks, the steel boot of the figure stamps on the
ants, but they want more than figures, we ain¹t figured that we need them¹
and we¹re projecting the reflection of how were really feeling, when we kick
them¹ kill them¹, leave them¹ there dying bleeding and say they did it
first, we are just getting even.
And repeated until it¹s something that we can believe in, the truth is
that inside we are screaming and we hate ourselves that¹s why we act this
way, when we strike out we should punch ourselves in the face, that is what
we¹re really doing, got no clue what we¹re pursing, the mirror or the
million, what are we really viewing? We can take a microscope and analyze
atoms or telescopes to the sky, the same thing happens, it¹s the same
picture, they both go on forever, so when we place limits on things, is that
clever? In fact I define myself by my limitations, my station or my status
or my silly faith in papers. The type that I read or the type that say i¹ve
read, the type for which they bleed or the type that say you bled and now
the ego¹s fed but never had its fill,
so until we shed, let¹s accept the deal, we will steal and will kill just
for the thrill, that¹s my dose of truth, give me the blue pill
and let me swallow, wallow now in my sorrow, don¹t want to find my own
truth it¹s easier to borrow.