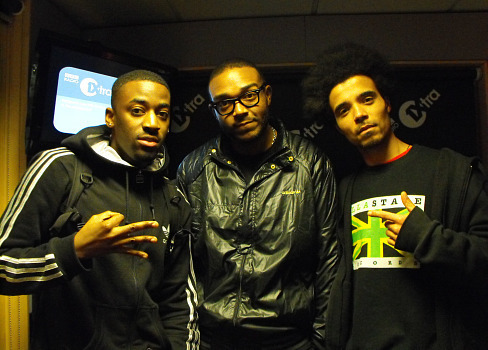 Click link to listen: A KALA & BASHY ON MISTAJAM 1XTRA SHOW by akalamusic

Hey People We have edited some footage of the band rehearsing to a track called 'Yours
and My Children' hope you enjoy. Now XXL is out and bubbling along we felt it was time to start getting into
the message of 'DOUBLETHINK' which is what the Akala message and the message
of true Hip-Hop always has been; a message of Knowledge, love, respect and
freedom. Hopefully this track conveys that. If you want to help us spread this message further the best thing you can do
@ the moment is get behind 'XXL' over the next two weeks as the better that
does the further we will be able to spread this message when it's time. Txt Radio1 to request XXL ON 81199 when you listen in
Also request on 1xtra and kiss
Email MTV nad request the video. Also support the movement on our pledge page and get friends to as well
www.bit.ly/94NMKU PLEDGERS ONLY CAN DOWNLOAD THE AUDIO OF THIS SNIPPET WITH A FREE 'RANDOM
THOUGHTS' EP TO FOLLOW NEXT WEEK!!!!!

Hey people I thought it would be interesting to read the lyrics of a song
before you hear it. So here is the first verse and chorus from a track from
DOUBLETHINK called 'Yours and My Children'. This track was really inspired
by my time in Brazil and the gross, ugly, constant injustice in the world in
general.

This should start to give you a picture of what the album is actually gonna
be like. PLEDGERS ONLY WILL BE ABLE TO DOWNLOAD A FREE SNIPPET OF THIS TRACK FROM
MONDAY!
Yours and My Children

Right here dangerous idea
If we did this, then we couldn¹t feel fear
If there¹s no fear, there¹s no control
If there¹s no control, someone¹s gotta let go
They say I Shouldn¹t say too much they might delete me
Realize I don¹t really care about tv
Keep your awards, your applause I¹m easy
All I can do in this life is just be me
Pilger can say it, so can Niomi Kline
Its free speech for them, that¹s fine
Young black rapper should utter the same words
Utterly absurd, nutter, insane, nerd
Even the fact I call myself black¹
Social conditioning and that¹s a fact
The idea of races has no factual basis
It was made just to serve racists
To justify to doing to some what couldn¹t be done
To others, but they all are our sons
Black or white all of our sons
Muslim, Christian all of our sons
Look up in the sky that¹s all of our Sun
Last time I checked we only had one
So if some were superior, others inferior, based on exterior
Well then surely the sun would know and fall in to line?
It would rain on your crops and not mine?
Air would prefer to inhabit your lungs?
Food would prefer the taste of your tongue?
If that¹s not the case then nature has declared
Despite what we say the worlds in fact fair

Dear Reader and friend.
I have teamed up with pledge music to create a new exclusive online
experience for you guys; the core group of die hard Akala and Illa State
supporters that you have been through the years. What Pledge music is, is
basically an online experience that offers limited edition exclusives and
special events to your core group of fans. It also allows us to develop
together new ways of you getting involved, helps support independent
artists and also allows us all to give a little something back. I have
chosen to give a 10% of all profits collected through my pledge campaign to
the reading agency, a charity that I recently did some mentoring work for
and that are basically aimed at really spreading the gift or reading as far
and wide as possible. As DOUBLETHINK, like much of what I do was inspired by
something I have read, (in this case 1984) I thought that the Reading Agency
would be a great fit.
Further to this your Pledge¹ will also get you access to our exclusive
³Pledgers Only Updates Page.² Our journey together really begins here, as
this is where I will be offering you never before heard music, words,
photos and videos. From the rough mixes, sketches, new ideas, and poems, to
readings, art and live tracks, as these sixty days and beyond unfold it is
my intention to take you with me and to give you the best experience I can.
This is a pretty new way of doing things and this is an exciting new world
in which to be doing them. I am keen that you let me know what you think
and I feel excited to get this started.

P.S PLEASE NOTE THE FIRST 30 PEOPLE TO PLEDGE THE ALBUM WILL GET TO ATTEND
A 'PLEDGERS ONLY' PRE-RELEASE ALBUM LISTENING PARTY AND FEEDBACK SESSION
WITH ME.

The pledge page will go live Monday 29nd March @9am I just thought I
give everybody notice so it was fair!! Tell your friends!
Yours Akala
Some exclusives available on pledge:
Personalised Signed pre-order of DOUBLETHINK
The DOUBLETHINK BOOK (Contains the whole Doublethink story/all of the albums
lyrics and a collection of Dystopian poems)
Limited Edition Pledge exclusive DOUBLETHINK T's NEVER TO BE SOLD ANYWHERE
ELSE AGAIN!!!
The Chance to attend an Illa State Records Planning meeting and help us plan
the 2nd single campaign
Backstage Passes to An Akala show
Passes to the 'Invite Only' DOUBLETHINK album launch party
The Chance to compete against Akala and friends in a 5-aside football
tournament 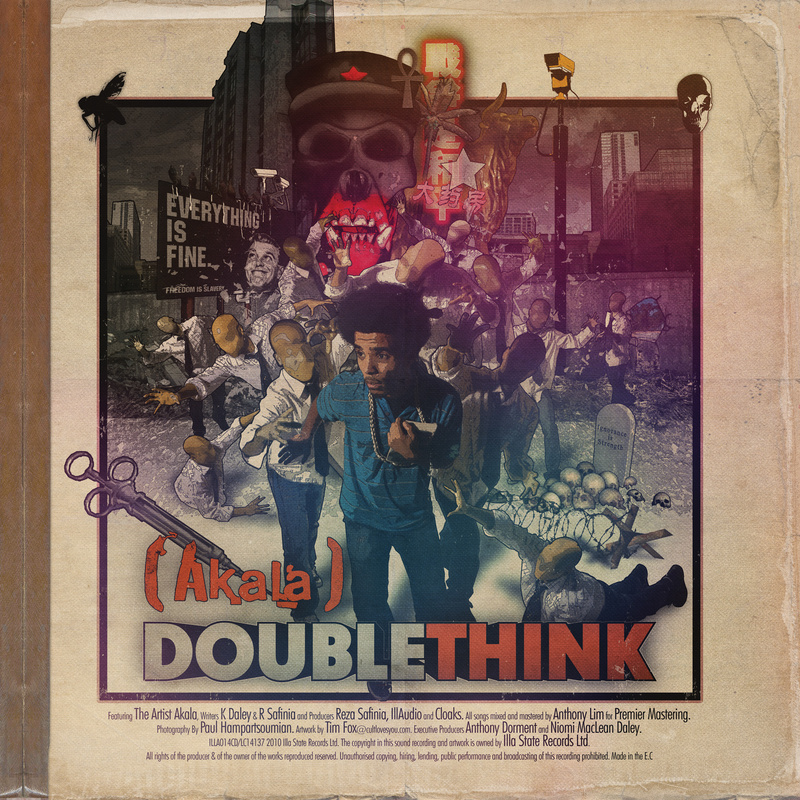 If You don't know get to know, one of the most important musicians of the
20th century, influenced a whole host of western musicians but is rarely as
acknowledged as he should be
www.youtube.com/watch?v=XFBdtMmAwDg
As always we love for you good people to be involved with the process as
much as possible so.... If you wanna get involved with the campaign and design some alternative
artwork, skins for social sites etc email info@illastate.com with some
examples of your work before Friday!

Concerning entertainment, public figures etc
Perhaps the greatest manifestation of the moral ignorance of our land can be
seen in the field of entertainment. I am told entertainment has always had
it¹s ignorance but again it is in our land alone that one can find the
optimum level of precision within this ignorance. You see it was once
thought that entertainment was supposed to "inspire" or encourage people to
"question" or "move" human beings in some way. That is of course complete
folly we have realized that the sole purpose of entertainment is to maintain
perfect, bewildered, inarticulate ignorance. To that end we have a few
regulations.

Firstly, it is compulsory that each room in every household [especially
those of the lowest caste slum dwellers] must contain at least one
igno-screen, which will automatically switch on when a pulse enters the
room. Each humanoid including infants must consume a minimum of two hours of
igno-screen every day and be able to espouse what they have seen and heard
on the igno-screens at the various indoctrination centers they attend.
Contents of the ignoscreen must be;

Music videos (which make up a major part of the content of the igno-screen)
must contain;
1] A minimum of fifteen bikini clad women
2] Ten pornographic images
3] Ten products more expensive than a years wage of all but the highest
castes

The "songs" themselves must contain

3]Five violent threats
4] Ten mentions of products more expensive than a years salary, of all but
the highest castes.

We have similar regulations for films, theatre and video games etc, but as
music is considered to be the most potentially subversive and is also the
most veraciously consumed of all entertainment the strictest guidelines are
reserved for music.
One element that is common to all our entertainment however is that to gain
"fame" an individual must epitomize the core value of ignorance and in fact
the less talent, ability and ideas a person has, the more eligible they are
for fame. The idea is for people to aspire to fame in and of itself, the
idea of fame, the existence of fame, of being known and praised for nothing
other than ones "fame", not for things as in concrete and inconsequential as
talent or meaning