A young knowledge seeker walks toward the pyramids at Giza. Facing south, with the thoughtful Nile to his east and the vast, angry, Sahara to his west he is engulfed by the desolate surroundings. Not another living thing in sight. Squinting is the best defence he can muster against relentless seas of sand, driven by a reckless wind, irritated at a life condemned to the desert. He stares into the face of the Sphinx, instantly taken aback by the uncanny resemblance it bears to his grandfather, a man whom he had seen countless times in old family photographs; that wise but tormented face that had visited his dreams so often, yet he had never actually seen in the flesh.

His grandfather - like so many of the worlds brighter souls - was killed early in life, fighting against the forces of unjust power, but his example and sacrifice continued to provide inspiration and insight for all those interested in freedom who heard his story or read his ideas. Arriving at the foot of the great Pyramid the young knowledge seeker looks up, almost breaking his neck to see the top of this millennia old structure. Placing his weathered palm on the sandstone, he elevates his tired body onto the first enormous step and begins climbing this human made Everest.

Eventually he arrives, sweating profusely, at the summit. Looking southward he can see the four thousand mile Nile valley pulsing like a giants vein way down into the heart of Africa, lined by pyramids and temples, decayed, destroyed, silent. Terrified by the sight before him and all it has to tell, his enquiring mind craves to know what weakness in the soul of humanity brings about the ruin of such opulence. Sitting atop the great pyramid he envisions countless similarly destroyed epochs, sacrificed at the altar of history. Deeply absorbed by the question, in a state akin to meditation, he pleads with the crumbled stone for answers. 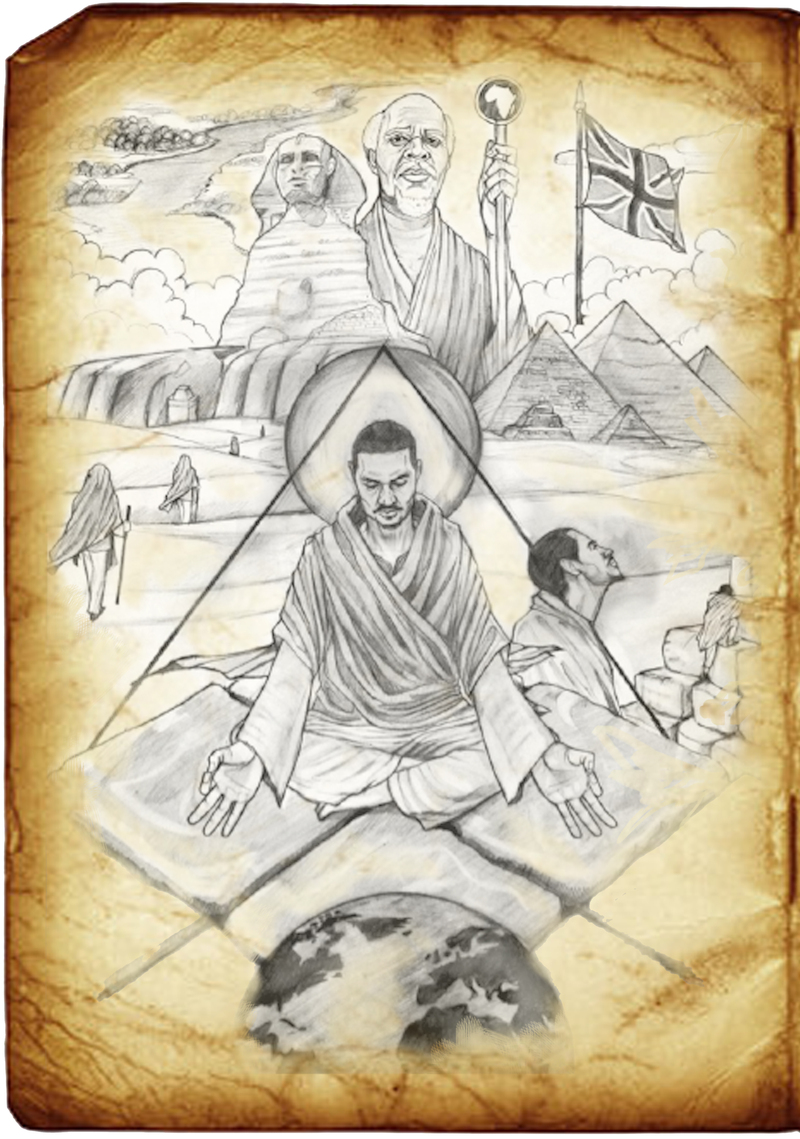 ‘The Ruins Of Empires’ -- an epic poem. This graphic novel features illustrations by Tokio Aoyama (who also produced artwork for my latest album "The Thieves Banquet"). A story that follows 'The Knowledge Seeker' through the course of human history, via astral travel and multiple re-incarnations, in an attempt to discover the causes of the rise and fall of empires. Inspired by the French author C.F. Volney's book of the same name. Pre-order the signed limited edition NOW for £25.00 (shipping: 15/12/14) http://akala.tmstor.es/